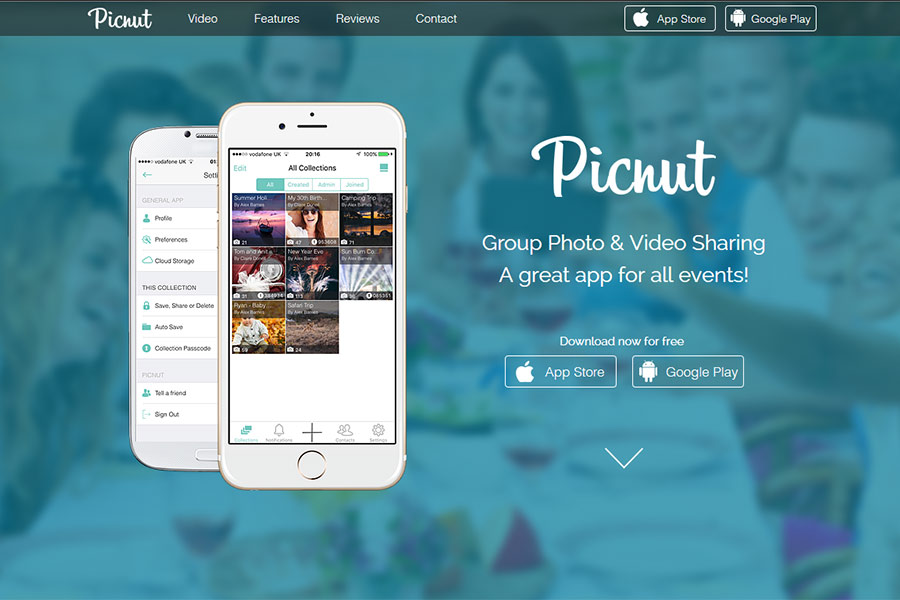 PicNut is a mobile app that was conceptualized and designed to enable seamless photo sharing with friends. It allows a group of users from the same event to pool together their photos, which are later automatically saved to the user’s Dropbox account. In a few clicks, PicNut lets its users to collect photos among friends and upload the entire set on Dropbox.

The client approached IT Chimes with a simple, but exciting idea of creating a mobile platform that is dedicated at removing the tedious process of collecting photos after an event or a party among friends. Our creative team instantly identified with the premise and designed a project outline, which the client loved it. And so started the success story of PicNut.

The PicNut concept was entirely unique, and yet so simple that our mobile app development teams loved working on the project from the onset. The creative teams worked on providing a stunning user experience to the mobile app, while development teams looked after the technicalities and delivering a sound, flexible and performance-oriented platform.

The app was developed using ASP.Net for its impeccable development attributes, outstanding compatibility across different platforms and seamless interaction assistance between the app and the database. PicNut was to be developed for Android later, so we kept the same database and JSON services, such that both iOS and Android developers could use the same services as the primary logic will remain same for both.

PicNut receives widespread appreciation with many rip-offs already being made available in the market.

Are you looking for professional