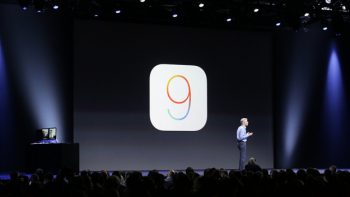 During the launch of Apple’s first smartwatch, it had generated a lot of interest and excitement around it, but everyone is now wondering where the future of this device is heading. While, there are seemingly gloomy days for Apple’s smartwatch, Apple’s flagship OS called iOS that has been in the market for many years and enticed the customers, has very bright days ahead for itself. Let us discuss these two sides of the same coin as we proceed further with the article.

Does Apple’s watch has future: Three Big Questions To Ask?

#1. Do people find it complicated?

The biggest problem here is not that the Apple’s smartwatch product is not liked by anyone. Instead, it has been found that it became the world’s best-selling smartwatch. But, Apple over complicated the product by trying too much. It has two physical buttons, both of which do different things when pressed once and when pressed twice.

Something else that is complicated is the app screen. It has an overwhelming number of tiny circular icons for people to operate it quickly- it does not let’s people with even tiny fingers to press the right icon they need to press. So the answer to the above question is-yes it is complicated.

#2. Will App makers amplify it?

Apple launched the app screen with the idea that as in the past, this time too the developers will run wild and bring extra functionality to the watch. Though we must say, Apple was not wrong here, Apps on the Apple watch are off to a solid start. Lots of app makers have jumped right on board and made watch apps. Unfortunately, what Apple didn’t expect was that most of the apps aren’t very good yet since developers had to solely rely on imagination.

Though Apple has opened up the watch for developers to build native apps, there are some of the very interesting utility apps that you must look out for. Delta app that let’s you see in-flight progress update on your wrist, then there’s Starwood App that let’s you open your hotel room with your watch, or the Knock App that let’s you unlock your Mac as you walk towards it.

As it seems- it is true. One of the biggest problem with smartwatches in general is that designers behind such tech products is men and not women. Because it looks so masculine with a big screen, while it also sounds practical as the designers tried to fit a screen and so many electronics into the device.

Apple has tried its best to remedy this to an extent by offering a smaller version of its watch, as well as a variety of different color bands. Women do love the colors, but it has a 50-50 perspective amongst women.

How Is iOS Doing In The Market?

As per the latest news from Apple, it is very interesting to observe the development of Swift. Swift is the Apple’s new programming language that was introduced an year ago, but is already being heavily used by the Apple’s developers. There are people who still prefer to work on objective-C.

But one question that remains is: What will happen to objective-C? At the moment Apple is supporting both the languages, but this for sure that Apple is going to deprecate objective-C at some point of time.

Another notable point about iOS is that with the update in screen size of Apple’s flagship product- iPhone, from iPhone 5 to iPhone 6, layout problems were bound to occur. The Apple’s answer to this problem are size classes and auto-layout. These two tools are very powerful so that it is possible to implement all layout requirements. But on the same side, they are very difficult to learn. We think that was the reason why Apple introduced StackViews which were very similar to the LinearLayout in Android development. So it, is very likely in future that Apple will introduce new layout systems that is both powerful and easy to learn.

With the release of iPad Pro in the market, it made possible to develop other kinds of apps over the platform. ALthough, there are very powerful apps on the iPad Pro already, it was not possible to develop apps that have the power to replace desktop applications like Adobe Photoshop-largely used by designers, because the screen size was too small.

Apple Tv is also a very important device for the platform as well, because of the introduction of SDK. It is very similar to iOS SDK. The main difference between the Apple Tv SDK and iOS SDK is that Apple SDK lacks webview. Besides that it is very easy to adapt your existing iOS applications to the Apple Tv. So we believe that the platform of iOS is bound to grow dramatically in future. Professionals like designers and photographers will prefer iPad Pro over the Laptop and the consumers will love Apple Tv. That means, that there will be even higher demand for iOS developers in future.