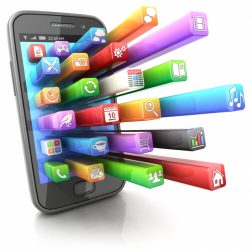 In December 2009, Adobe systems announced its new and lighter version mobile software development platform which was created for mobile devices to view flash content that was not possible by using Flash player on mobiles. FlashLite focuses emphasizes on low CPU and memory usage. Flash Lite allows the users of mobile devices to develop rich content using Adobe Flash tools which until now had been available only on personal computers.

Different versions and upgrades have been developed by Adobe in the recent years. The company has been working on the this tool since 2005 when it released Macromedia Flash Lite 1.0 which was based on flash player 4. Since then the latest upgrade was released by the company in May 2010 called as Adobe Flash Lite 4. For more information on the history of different versions released, please CLICK HERE.

Some of the cool features of Adobe Flash Lite

Adobe Flash Lite 3 runtime supports FLV, the most popular video format on the internet, best known from popular sites such as CNN, YouTube and MySpace.

Flash Lite 3 improves the web browsing experience across devices. With support of rendering SWF files for Flash Player 8, you can view your favourite channel videos from either news sites or entertainment sites.

Flash Lite 3 has been developed for mobile devices and to provide developers with services through more efficient resource management that results in improved scripting speed, rendering and code optimization.

Flash Lite is readily accepted by many of the leading mobile manufacturers in the world like Nokia, LG, Motorola, Samsung, Sony Ericsson, KDDI, Kodak, iriver and many others who are selling Flash Lite enabled devices. It is highly portable and can be ported to many of the leading operating systems.

Using the Automated Testing System(ATS), manufacturers can reduce the testing times by up to 85% which can be obviously used for more productive activities like devoting more time to market the device itself. Some of the key benefits of using ATS are:

Adobe FlashLite uses the same methods as Flash Player for the loading and parsing of external XML data in Flash Content.

FlashLite can store the application-specific data such as preferences, high scores, usernames and so on. Hence it supports a robust development environment.

FlashLite can be used by graphic designers and UI developers as it enables them to modify colors, text size, and other properties during runtime, providing improved display and handling of fonts. Developers can choose to embed vector fonts into their applications while they want to render text. FLashLite also supports rendering of other difficult languages that have text alignment from right to left such as Arabic and Hebrew.