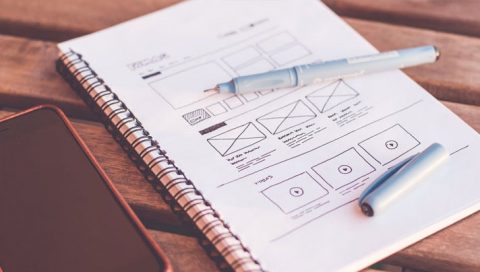 If you are not a tech-savvy person and are looking to develop a website for your business, then the first terms you will encounter are web designers or web developers. While, to layman they may be used interchangeably, there are quite a few stark differences in the job role. The concept might be irrelevant to a person who just wants a website hosted for his company.

But when you encounter a web designer blinking at the request to add an e-commerce shopping cart or a web developer gawking when you ask him to use the exact shade of green in your company logo in colour schematics of your website, the difference will become clear to you. So, the big question remains, whom should you hire? Well, here are some differences between designers and developers that will help you decide whom you need.

The mere scope of work of the two can be compared on the basis the anatomy of the human brain.

Studies have proved that the left brained people are analytical, logical and give attention to details. They have an inherent ability of handling mathematical computation, sequential processing in a logical and detailed way. Their thinking is linear and more realistic which helps them perceive and comprehend patterns and follow a sequential approach for problem solving. These are the kinds who are the developers.

On the other hand the web designers are the more creatively inclined having a more holistic way of thinking. They have a more intuitive perception enabling them visualise more artistically be it in terms of graphics, colours or music. They usually see the whole picture and follow the detailed approach while designing. They are multi dimensional thinkers who make fantasies come to reality visually for the web page.

Education is the foundation of any specialist. The specialisation and expertise is what differentiates a developer from a designer. While as one gains knowledge by practice, the boundaries defining the territories of work of the two may merge but there are some basic qualifications which are quintessential for both.

HTML, CSS, JAVA Script, Programming languages like PHP form the basis of work for web developers. However, web designers having the basic knowledge of these add a feather to their cap and ensure smooth functioning of their work.

Developers have to know coding languages like .NET, Python, C, Ruby and have to have formal certification like degree in web programming to be able to pursue web development as a career.

On the other hand web designers should have flair to work with designing software like adobe Acrobat, Illustrator, Jquery, Photoshop, Dreamweaver and a degree in visual arts or graphic designs increases their opportunities. Knowledge in classic designing techniques and skills will make a designer shine from his peers. A portfolio of a designer works as his resume.

The web developer is the engineer/architect of the project. They are basically of two types. The back end and the front end developers. The front end developers develop and maintain what one sees on the website. They work and develop the user interface of the webpage and ensure it functions smoothly. Basically decide the page layouts, navigations, drop down menus, scrolls, etc and maintain their functioning. The back end developers are the ones who keep the website working and floating. They ensure all the right data is sent to the web browser at the right time.

The web designer is the interior decorator of the webpage. He is the artist who designs an aesthetically appealing website which creates a beautiful user experience. He works on the design principles of Balance, Contrast, consistency and unity and creates the look and feel of the webpage.

If you plan to build a conventional website and are working on a tight budget, then the ideal vendor would be a web developer. Conventional websites require easy editing process, simple forms uploading process, photo galleries and possibly embedded google maps etc., For these basic features, a regular web developer will suffice. Web developers are also required for advanced interaction between webpages. If your business needs to interact with online payment processors or create B2B oriented features, then you are looking for a web developer.

Web designers come into picture when the need for aesthetic appeal and visual communication of your website overrides other functional features. A designer website will definitely require handiwork of an experienced and creative workmanship of a designer.

Wondering which one to make a career out of? Well, statistically analysing the differences between developers and designers, the demand for web developers are on the precipitous side compared to the designers. As per the recent survey by Visual.ly infographic there are 200,870 opening for web designers viz-a- viz a generous 1,336,330 openings for developers. Also in the future the projected growth if the designer job is just 1 % compared to the astounding 27% growth in jobs for developers as per the 2014-2024 by the The U.S. Bureau of Labour Statistics.

There is a crisp distinction in the salary pay scale of web developers and the designers as well. As per Visual.ly infographic in 2015 the median income for web developers was $ 85,439 annually and that of web designers was $ 47,820 annually.

While the debate may rage between choosing a web designer and web developer, the line dividing them is fading fast. Visual designers are fast equipping themselves with coding skills to add to functionality of the pages and maintaining them. And by learning basic designing softwares like Adobe Photoshop or Dreamweaver, developers are able to cater to visual appeal of the websites. But finally, your budget and complexity of the site will determine the skills one needs to hire to develop a webpage. A straightforward site will require basic designer or front end- developer. Complex sites and projects, will requires a team of professionals who can handle different aspects of designing the website.